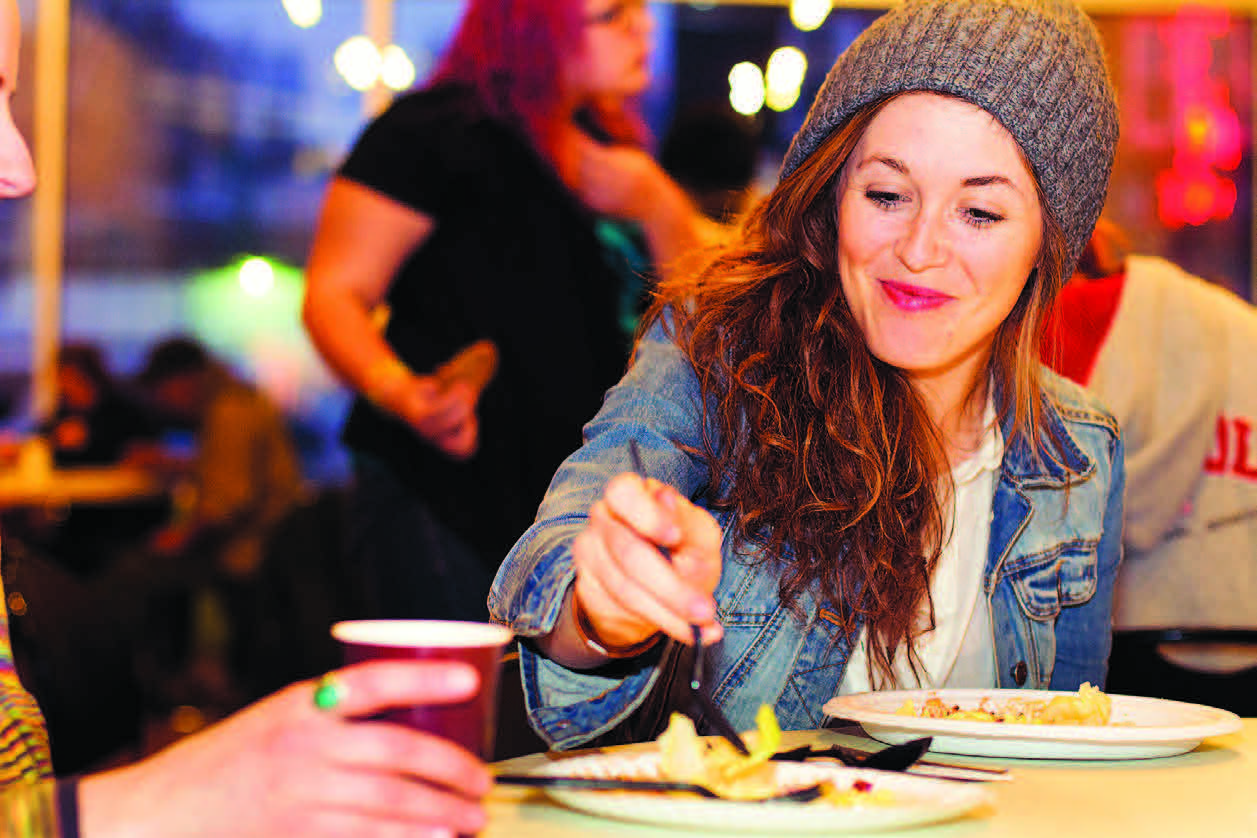 Whether it happens during a conversation over a hot meal or through community gardening, bringing people together and serving others is at the forefront of inCOMMON’s mission.

inCOMMON is a community-based nonprofi t that unites and strengthens vulnerable neighborhoods by listening, building relationships and empowering residents. It began in 2001 in a small church, and is focused on community, social justice and those who are poor. Since inCOMMON’s founding, it continues to stay focused and committed to the people of Omaha through its many programs and outreach eff orts.

Calvin Smothers, who serves as the Park Ave Commons director, said the one thing that the new space has is plenty of windows that receive a great amount of sunlight each day.

According to WindowFarms.com, a window farm is a vertical indoor garden that allows for year-round growing using natural light, the climate control of your living space and organic soil. It’s a hydroponic system that uses nutrient-spiked water that is pumped up from a reservoir at the base of the system. It then trickles down from bottle to bottle. WindowFarms.com emphasizes that the water and nutrients that aren’t absorbed collect in a reservoir, and they will be pumped through again at the next interval.

Electricity-wise, a window farm will only cost you a few additional dollars per year, and should only take a few hours to a day to set up in your window space. Maintenance is minimal, but you do have to remember to tend to your plants, change the water once a week and clean the system monthly.

Purchased window farms can run $199 for a one-column starter bundle, but Calvin and his crew found instructions on how to make their own to keep the cost down. Window farms will be assembled at inCOMMON’s office space, where the staff will learn how to use them before building them with the Park Ave Commons residents.